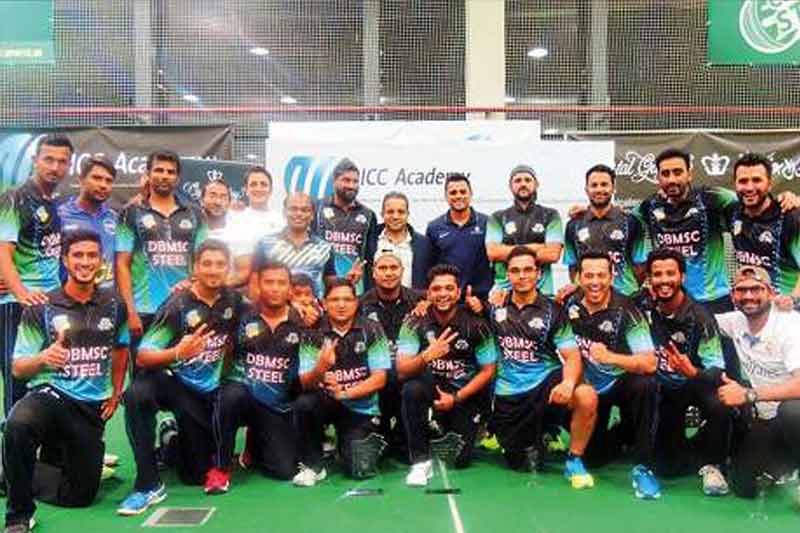 DBMSC stamped their mark as an outstanding indoor cricket team in the first indoor tournament of the season at the ICC Cricket Academy at Dubai Sports City. Not only did their A team lift the Gold Division title, but their B team also won the silver division title.

Last year the team had won four consecutive titles. Though the A team has been unstoppable, the B team — inspired by their A team’s success — has shaped themselves into a strong unit too.

Speaking to Gulf News, DBMSC team manager Amit Chaturvedi, said: “I was pretty confident of ‘A’ team winning the title as the team has been very consistent in the past few tournaments. But ‘B’ team winning in the silver category was an icing on the cake for us. We are really proud of both teams and are thankful to the owners for supporting us.”

In the Gold Division final, DBMSC — A stopped SFS, which is another strong indoor team. SFS batting first posted a score of 50. In reply, DBMSC — A powered to a superb 58 with C. Nashwan top-scoring with 14. In the Silver Division, DBMSC — B edged past Icons.

In the Bronze Division, Mir CC had an easy outing against Falcons to win comfortably. Batting first Mir CC posted 51 runs. In reply Falcons could muster only 29 runs.

In the Plate Division, AW Rostamani chasing NBF’s total of 61 to win produced a fine batting display to score 86 and win the title. DBMSC stamped their mark as an outstanding indoor cricket team in the first indoor tournament of the season at the ICC Cricket Academy at Dubai Sports City.